Is my goat in charge of my destiny? 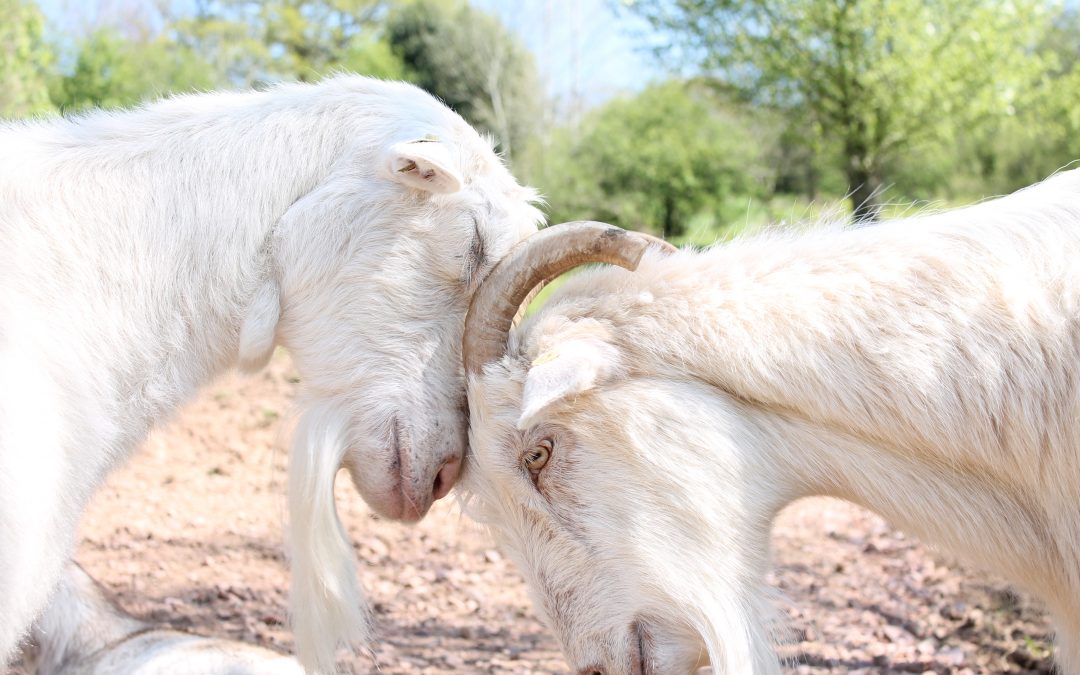 There are some people whose influence upon us never diminshes even after they have passed into the otherworld. Mr Bo-Jangles was one of those people. His powerful, yet supremely gentle presence was a constant in my life for the best part of a decade.

In that time he demonstrated a love, devotion and loyalty that is irreplaceable. Whenever I stood to admire the view, he would lean his soft warm stomach against my leg so that we could admire it together. This gentle action was something that he shared with a great many people, especially those who were in need of some comfort or compassion. His compassionate devotion was not confined to humans alone, but extended to a horse who once had to spend several weeks on box and yard rest. Bo was his constant companion and when his horse companion was finally freed to return to his horse family, there was the most moving moment between horse and goat as they said goodbye to one another. That, I shall never forget.

But how much was he in charge of my destiny?

He was my esteemed colleague during my animal communication workshops and offered himself up patiently to those beginning to learn the art.

My workshop participants habitually informed me that Bo would like a wife, that he was contemptuous of the two girl pygmy goat that I had acquired for his companionship and continued to impress upon the minds of the participants that he wanted a wife, whilst sending images of a large white nanny goat. This continued over a course of workshops with different participants until a few months later I found myself moving house.

And, in a curious twist of fate, and as a temporary stop-gap, the three goats went to live in a primary school where there lived Vi, a solitary lonely white nanny goat who had lost her sister. Suffice to say, that when the goats finally left the school, Vi came with us and when the sad day came when we had to put him to sleep, Vi was never quite the same and followed him a year later.

In the course of his life, he offered a great deal of parenting advice to my animal communicating visitors and, even more strangely, he appeared to have the ability to predict the future via animal communication to visiting students. He detailed two more house moves including the months when they would occur, neither of which were part of my life plan.

Once I asked him how he could predict the future so effectively and he answered, “Because I don’t worry.”

On the mournful day that the fallen stock man came to take his body away, an unfathomable error befell my internet connection which confounded both the engineer and the technical department of my broadband provider.

Upon sending up a request to the spirit world to ask them to explain what was occurring, I was made aware of Bo and his accompanying message, “I wanted you to know how powerful I am.”

I have often wondered if it were truly my choice to relocate to be near his wife. Did I move or did he move me?!