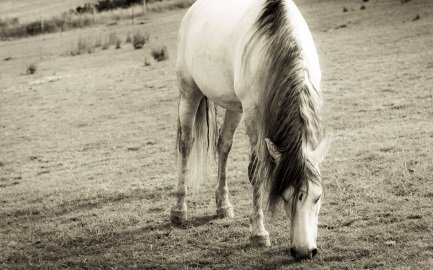 “See that no animal of any kind, whether entrusted to thy care, or coming across thy path, suffer through thy neglect or abuse. Let no hope of profit, no compliance with custom and no fear of the ridicule of the world ever tempt thee to the least act of cruelty or injustice to any creature whatsoever. Blessed are the merciful for they shall obtain mercy.”

One of my first clients after I had completed my training in Equine Guided Learning came was a lady that I shall call Liz, an outgoing and striking woman in her middle years with a shock of red hair who came to me hoping to learn “how to feel”. She complained of a sensation of deadness, of numbness, a lack of sensation. Having been adopted at an early age and placed in a home as a young baby, she told me that her adoptive family had been violent and she had constantly been on tenterhooks trying to evade their wrath.

Initially when I asked her if she would like to try an Equine Guided Learning session, she was reticent to work with the horses saying, “Horses don’t like me. They seem to pick up on my own self-loathing and they are often aggressive toward me.”

We started with some healing work together but soon I felt a strong desire to take her to work with the horses as I knew how powerful Equine Guided Learning was and how much it may help her.

Once we had run through the preliminary safety briefings that are the starting point for all new clients of Equine Guided Learning, we entered the round pen with my horse, Apollo at liberty.

Liz described how awkward she felt as she stood in the round pen, a fenced circle sixty feet in diameter. She said she felt uncomfortable in her body, as if she was imposing herself on the horse, wanting to get close to him, wanting to connect with him but all the time presuming that he wasn’t really interested in her. This desire to connect is almost universally the case in all Equine Guided Learning sessions and is often accompanied by ambivalence through either fear or vulnerability. She seemed quite oblivious to the fact that the horse was quite comfortable in her presence and only recoiled from her attentions when they had a needy or desperate quality about them.

At one point in our session she mused, “I would really love it if he would want to just walk alongside me.” Yet the way she expressed this was as if, for her, this was unlikely ever to happen. It was as if it were an impossible childish fantasy that a horse would desire to walk with her without recourse to a head collar or rope.

When I asked her if she would like to begin walking around the round pen to see if he would follow, the horse stood stock still, showing no inclination to follow. I went on to ask her to focus her attention on herself, to be content within her own being, rather than worry unduly about whether the horse was following her or not. She found this suggestion extremely difficult to carry out. Unable to feel relaxed, she felt self-conscious and awkward in her own being.

In order to encourage her to play, to become like a child, I gave her a dressage whip to hold in her hand. What a mistake!! As an advocate of natural horsemanship a whip is never used to hit a horse but used as a “wand”, merely as an extension of the horsewoman’s arm, a way of making your body longer like a horse’s. Since that day I use it far less in my Equine Guided Learning sessions.

Suddenly she stood in the middle of the circle and held the whip up in the air and started wiggling it backwards and forwards swiftly, hard enough for it to make a high-pitched whooshing sound. With this, the horse startled and took off in fright careering round and round, eyes white. She seemed unconcerned about the horse’s reaction and did not appear to have any concerns for her own safety despite being in a confined space with a large, powerful and frightened animal. My initial reaction was to believe that it was a huge mistake to hand her a whip and yet observing what began to take shape made me question my assumption and wonder whether something else was at play here.

“Liz!” I cautioned, “Look at the horse! He has a past too and he doesn’t trust you with that whip!” The horse was still white eyed and moving fast when all of a sudden he slowed to a walk and curved his body towards her, walking calmly and directly to stand by her side. She meanwhile had not altered the position of the whip which was still held like a battle-sword challenging the heavens.

Some magic had occurred and not wanting to break the spell, I asked gently, “Liz, what were you thinking just before he walked towards you?”

Liz paused for a moment. “I was thinking how wrong it is that people hit horses. How awful.” she said.

The horse was now standing at her side with his neck curved protectively about her.

“Maybe begin to walk around the round pen now.” I suggested.

Even as she took her first step, Apollo was at her side, mirroring her steps, with his large hooves. This big, beautiful chestnut gentleman was walking by her side not because he had to but because he wanted to. Liz was overjoyed.

“I feel so lucky!” she declared.

At that moment the two ponies who had been all the while keeping watch just a few feet away from the edge of the round pen, suddenly took off at a delightful gallop.

In my Equine Guided Learning work, I cannot make statements of fact about what I am witnessing but my observation was that the horse was responding to her authenticity at that moment and to her compassionate thought. He instantly knew that she was a trustworthy soul.

Her reward was that she had been gifted with this divine moment and was witness to the wonderful truth that horses respond to love, that they can feel the shift in awareness when we access that love.

My experience in Equine Guided Learning is that horses respond the INSTANT we change the our thoughts.

For Liz, she had shared a wonderful moment of communion with another being who was choosing to be with her. She could then go ahead and develop her awareness of the energy just before a thought becomes fully formed and verbalised inside our head.

Mediums know about this and frequently translate this impulse of thought as it arrives as a package inside their energy body or mind.