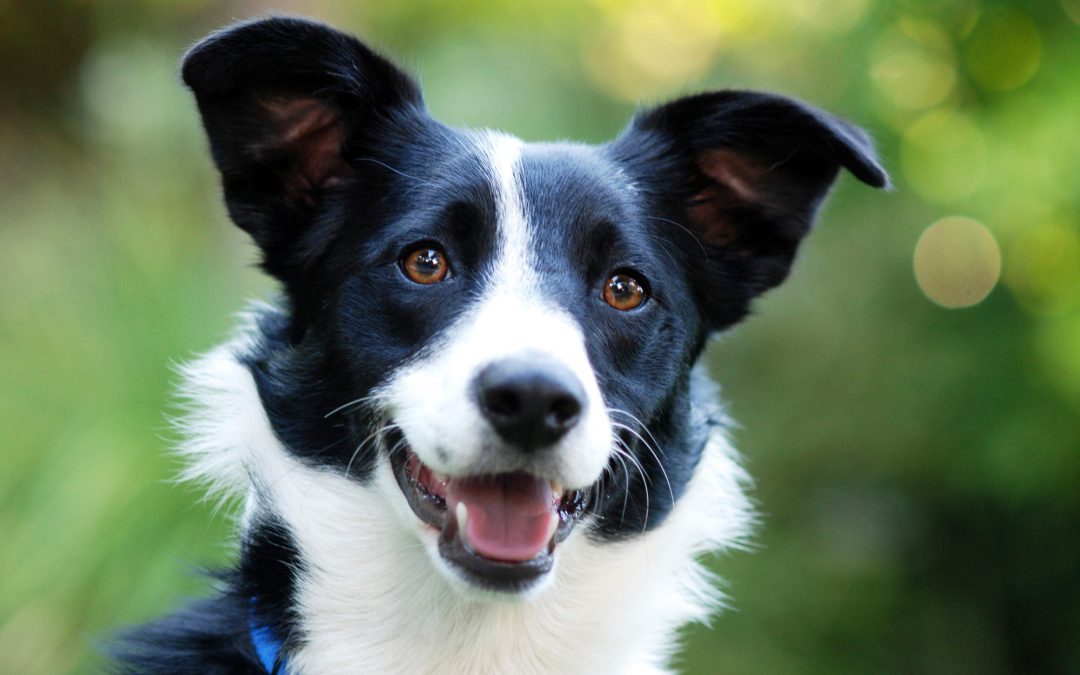 Animal communication is a wonderful activity and one of the animals that I have found the easiest to communicate with is Sally Pups. Sally was a delightful collie who came to live with me as a relatively elderly lady.

The fact that she was not my dog made animal communication easier. So often when attempting to communicate with our own animals, we fall into the trap of thinking that we are making it all up, believing we know so much about them. What is wonderful for me is that Sally had a past that I knew very little about. The best part of communicating with Sally, is that she gazes fixedly at me when she is communicating. This is an extremely rewarding experience as it pleases my human sensibilities by following the rules of human social behaviour.

When I first began animal communication, I actually found their presence quite a distraction. It was far easier for me to “tune in” to them when they were not there, either by holding a photograph in my hand or having met them previously.

Since the animal communication that I practice is telepathic communication, this is not a problem and makes no difference to the accuracy of the reading. By being away from the animal and sitting in front of the fire with a notebook in my hand, I was not distracted by the scratching or licking or their seemingly ignoring me altogether. I found it odd to be getting information from them whilst they appeared to be busy doing something else.

It was not until I thought about how many autistic people evade eye contact that I made the connection. Having worked with autistic people and those with other so-called learning difficulties, I knew that not getting eye contact does not mean that they are not listening or able to understand you. Having established that eye contact was not a requirement of communication, I was free to proceed without this particular concern. Now, I am so much more aware of an animal’s change in mood or body language as I am communicating with them.

That all said, Sally Pups was still a dream to communicate with! She will quite often initiate a conversation with me.

My chap would say, “Sally’s trying to say something.”

And sure enough, there she is gazing up at me with beautiful soupy brown eyes. It is quite unlike the hard stare that dogs give humans when they are hoping you are going to drop your biscuit! No, this is a soft gaze, quite delightful and heart-melting making animal communication a breeze.

Much of what Sally talked about were her memories of her life on J’s farm. She gives me the information slowly piece by piece in visual pictures. When I have got one piece she will give me another.

The very first picture I received was of herself looking at foaming white stuff in a bucket. I had no idea what the white stuff was but she was having great fun putting her nose in it. To me, it looked like the foam from a washing machine. She would pounce on it and would love to watch as it moved away from her. Her next picture was of her lying down with a mouse between her paws. As I relayed this information to J, he explained that the white foam was milk froth (he had been a dairy farmer) and that Sally always used to be fascinated by it and play in it. As far as the mouse was concerned, he told me, Sally had once been a great mouse catcher and was obviously proudly showing me her catch!

Next, she showed J washing his face in a basin in an outbuilding on the farm, wiping his beard with his hand. She then allowed me to feel her joy as he turned to her and gently flicked water at her to tease her. She obviously thought this was very funny. I asked him whether he had ever done this and he replied that it was almost a daily routine. She then showed me J rubbing her vigorously under the chin with the back of his hand. In the image she was laughing so much, just like a toddler being tickled. It was such a belly laugh! So I tried it. I rubbed her under her chin, just like she had shown me. Nothing. She just turned her head away.

So I asked, “Did you ever rub Sally under the chin?”

“Yes, I used to do that.” he replied as he plodded over to the kettle to turn it on. J had only given up the farm a short while before I had met him and was still very sad and down about having lost it.

He came and bent over Sally and rubbed her under the chin. Well, I have never seen such a change as the one that came over Sally! Before you knew it, she was leaping about doing lambsy-skips (a leap that certain dogs do when they leap up and down with all four paws off the ground) despite her arthritic hip. I had never seen her do this before and I had never seen her so happy. She just couldn’t get enough of it! After that day, I refined my technique and learned how to rub her chin and cause her almost as much merriment as J did.

Sally Pups is just one example of what a terrific and privileged thing it is to be able to do animal communication and how it can help us not only communicate with our beloved pets, but also make sure they get what they need to live long and happy lives. Animal communication is a skill that anyone can learn with a bit of dedication and practice. Find out more.